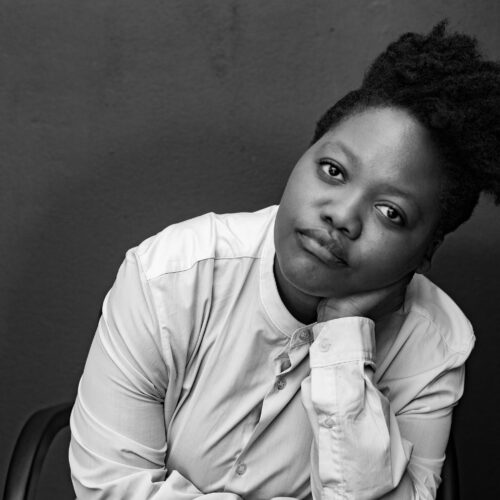 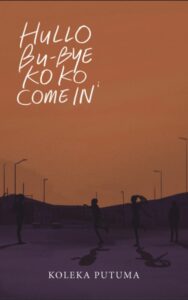 In Hullo, Bu-bye, Koko, Come in, Putuma reflects on personal experiences of traveling and performing outside of South Africa and more specifically, Europe. To better understand the different aesthetics and forms of memory, hyper-visibility and erasure placed on the black queer woman body in performance, she draws on the experiences of other black and queer women’s lives and legacies, on and off the stage, who were celebrated and consumed in complex ways.

Koleka Putuma is an award-winning theatre practitioner, writer and poet.
Her debut collection of poems, Collective Amnesia, was published in April 2017. It’s been awarded the 2018 Glenna Luschei Prize for African Poetry, it was named 2017 book of the year by the City Press and one of the best books of 2017 by The Sunday Times and Quartz Africa. Collective Amnesia has been translated in 8 languages. Putuma is a Rolex Mentor and Protégé Arts Initiative finalist for theatre, a Forbes Africa 30 Under 30 Honoree, recipient of the Imbewu Trust Scribe Playwriting Award, Mbokodo Rising Light award, CASA playwriting award and the 2019 Distell Playwriting Award for her play No Easter Sunday for Queers.
​Koleka Putuma is the Founder and Director of Manyano Media, a multidisciplinary creative company that empowers and produces stories and works by black queer women. In April 2021, Manyano Media published her sophomore collection of poems, Hullo, Bu-Bye, Koko, Come In.

All Sessions by Koleka Putuma